REDWOOD CITY, California, March 14, 2018 /PRNewswire/ — Pierre Omidyar, Chairman of the Board of Omidyar Network, today announced the appointment of Mike Kubzansky as the philanthropic investment firm’s new managing partner.  Omidyar also announced that Matt Bannick, Omidyar Network’s managing partner since 2007, is stepping down from his leadership role and will continue to serve on the firm’s board of directors. 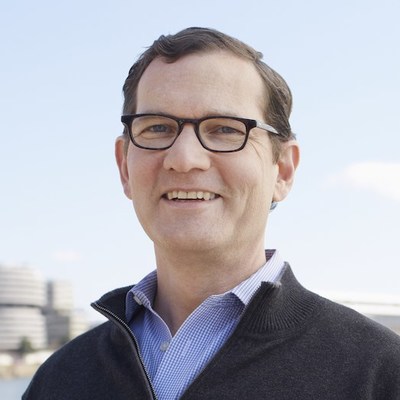 Kubzansky will lead a global firm that has invested $1.2 billion in more than 600 for-profit companies and nonprofit organizations across five continents.  He joined Omidyar Network in May 2013 to lead the newly-created intellectual capital function, a strategy and research practice designed to inform and set strategy, explore and seed new focus areas for the firm, and generate and publish insights gained through Omidyar Network’s global work across its initiatives and with its investees.

In his new role, Kubzansky will direct the next phase of the firm’s evolution, one that will:  (1) continue its early-stage investing and grant-making support of sector-level initiatives; (2) launch several existing Omidyar Network initiatives as autonomous organizations; and (3) generate, develop, and share new cutting-edge ideas, insights, experiments, and lessons to drive innovation.  Kubzansky’s appointment is effective immediately.

“Building upon the legacy that Matt helped build, I am happy to announce that Mike Kubzansky will assume the role of managing partner at Omidyar Network. Mike’s work with us the last five years has focused on developing models for impact and expanding the organization’s intellectual capital practice. Mike has been a critical partner to Omidyar Network’s teams around the world for strategy development; and his passion for testing new ideas will be highly leveraged as Omidyar Network continues to look for ways to bring positive social impact to the world,” stated Omidyar.

Before joining Omidyar Network, Kubzansky was a partner at Monitor Group (now Monitor Deloitte), where he co-founded and led Monitor’s Inclusive Markets practice. He also worked for the World Bank and IFC, and earlier in his career, Kubzansky held several roles at a start-up company in the telecommunications sector.  He earned his MBA from the Kellogg School of Management at Northwestern University and his bachelor’s degree with honors from Brown University.

Kubzansky will follow Bannick, who oversaw more than a decade of growth and led several innovations within the field and practice of philanthropy.  Bannick broadened the firm’s strategy to focus on entire sectors as well as making investments in early-stage entrepreneurs, and he applied approaches more typically found in venture capital, including a horizontal partnership structure to attract top talent and providing human capital expertise to support investees.  He instituted a policy of hiring local talent as the firm expanded into new geographies, and he directed the establishment of an intellectual capital function to capture and share sector insights with peers and the broader field.

Bannick’s tenure will be marked most notably by his efforts in helping establish impact investing as a mainstream approach to drive positive change.  He authored several pieces that framed the opportunity of the approach, co-chaired the U.S. National Advisory Board on Impact Investing, was a frequent speaker on the topic, and saw the industry reach more than $114bn in assets under management.

“Omidyar Network has benefited greatly from Matt’s leadership, vision, and expertise,” noted Omidyar. “He joined the organization at a critical time, quickly building a global team of world-class leaders, while also growing the field of impact investing through his advocacy. I’ve known Matt for 18 years and it’s been a pleasure to work alongside him. Pam and I are humbled by his service, and incredibly grateful for the impact he’s had at Omidyar Network, and beyond.”

ABOUT OMIDYAR NETWORK
Omidyar Network is a philanthropic investment firm dedicated to harnessing the power of markets to create opportunity for people to improve their lives. Established in 2004 by eBay founder Pierre Omidyar and his wife Pam, the organization invests in and helps scale innovative organizations to catalyze economic and social change. Omidyar Network has committed more than $1.2 billion to for-profit companies and nonprofit organizations that foster economic advancement and encourage individual participation across multiple initiatives, including Education, Emerging Tech, Financial Inclusion, Governance & Citizen Engagement, and Property Rights.

The launching of a short film competition on Road Safety, with the theme Respect and Courtesy on the road, was the focus of a press conference, yesterday, by the Minister of Land Transport and Light Rail, Mr Alan Ganoo, at the seat of the Ministry in P…